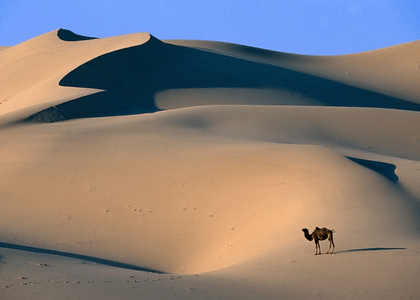 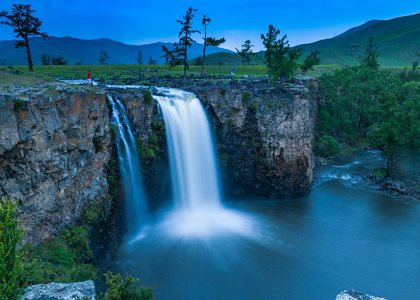 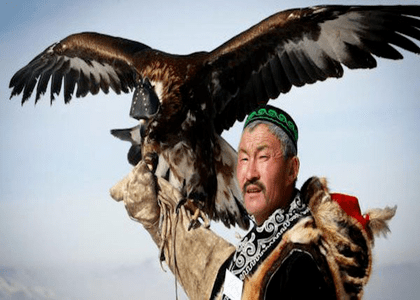 The monastery was constructed by the order of the 5th Jebtsundamba Khutuktu in 1809. Gandan Tegchenlin temple was built along with the private residence of the Jebtsundamba Khutuktu. The 13th Dalai Lama stayed in the residence in 1904. In 1938, the communist suppressed religious communities in Mongolia. They destroyed about 900 monasteries, though a handful was turned into museums. Over 15,000 monks massacred, jailed, or forced to join the army or laity. During the destruction, only 5 temples of Gandantegchinlen monastery were destroyed and the remaing temples were used to accommodate Russian officials. in 1944, the monastery was reopened and was allowed to continue as the only functioning Buddhist monastery. Today it is the largest active temple in Ulaanbaator city, and has more than 1000monks and students, and conduct daily worshipping and services for Buddhism. 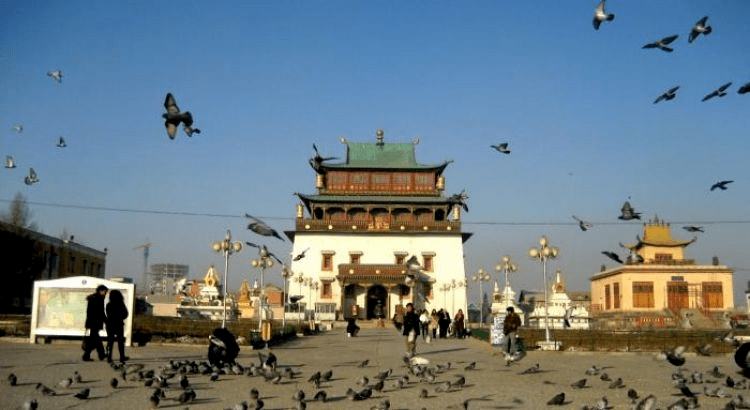 This tall landmark is in the southern part of Mongolian capital offers the best views of Ulaanbaator and the surrounding nature. Zaisan Memorial is dedicated to the Victory Day of World War II and it features a circle memorial mosaic that depicts scenes of friendship between the people of the USSR and Mongolia. The mural depicts scenes such as Soviet support for Mongolian independence declaration in 1921, the defeat of the Japanese Kwantung Army by the Soviet soldiers at Khalhkin Gol on the Mongolian border in 1939, victory over Nazi Germany and peacetime achievements such as Soviet space flights including the flight of Soyuz 39 which took the first Mongolian man to space. 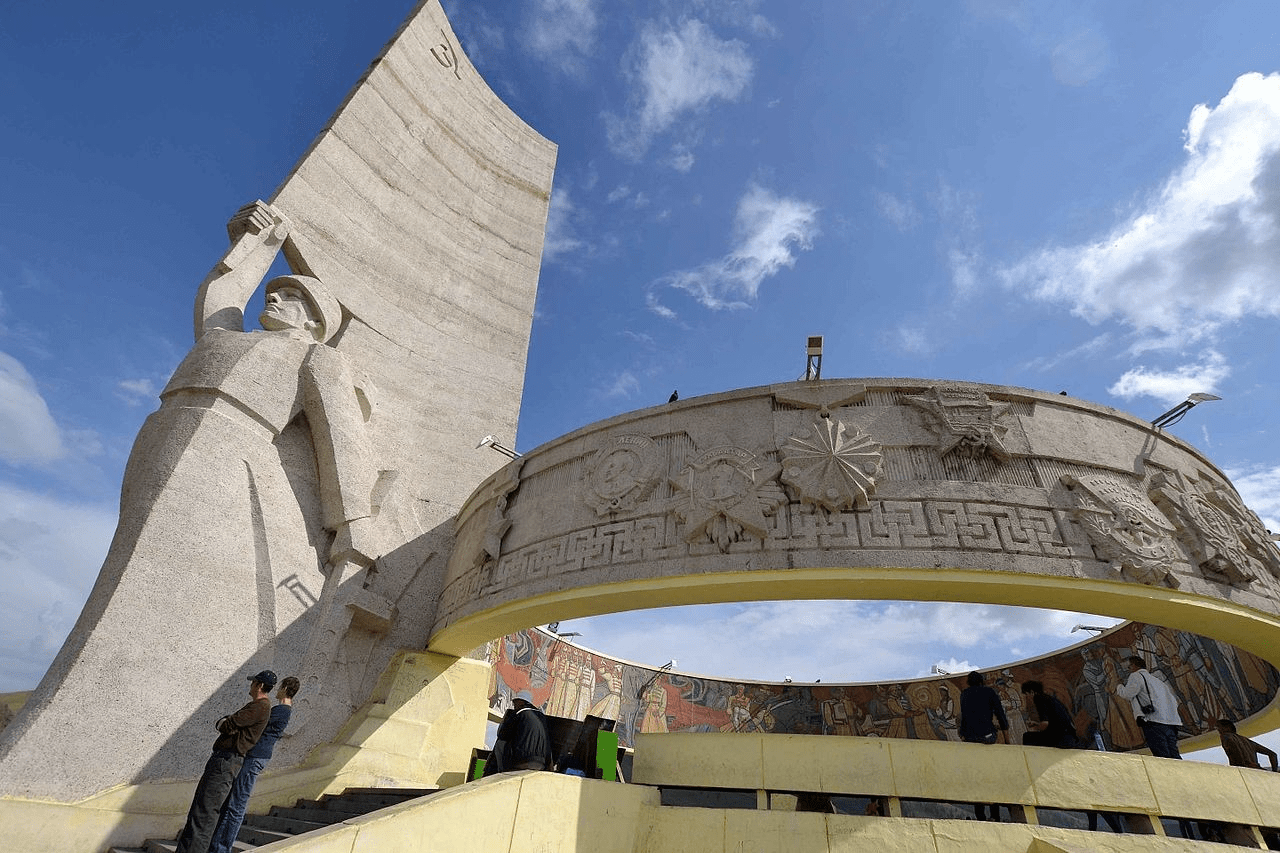 There are many monasteries and temples to see in Mongolia and most of them, along with their belongings, were destroyed during the Stalinist purges of the late 1930s. The winter palace of Bogd Khan was spared in good condition. Built between 1893 and 1903, its where Mongolian 8th Bogd Khan (Living Buddha) and last king, lived for 20 years. Six temples on the grounds of the Winter Palace contain collections of gifts given the Bogd Khan, including an extraordinary array of stuffed animals. 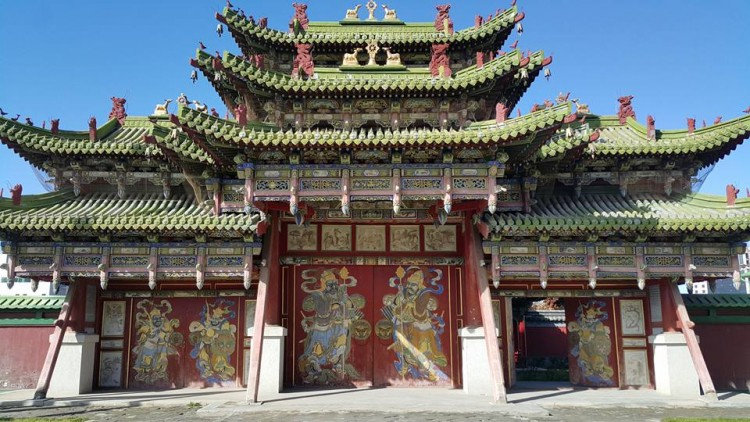 National History Museum is currently recognized as one of the leading museums in Mongolia. The significant responsibility for preserving Mongolian cultural heritage therefore lies with the museum. It is also responsible for developing museological guidelines for museums in the nation.

Exhibitions cover prehistory, pre-Mongol Empire history, Mongol Empire, Mongolia during Qing rule, ethnography and traditional life, and twentieth-century history. The ethnographic collection has significant displays of the traditional dress of various Mongolian ethnic groups and of snuff bottles. Most exhibits have labels in both Mongolian and English.

Things to do outside Ulaanbaator

Hustai Nuruu National Park is located in Tuv province, covers an area of 50,600 ha which is a habitat for 459 species of vascular plants and 44 species of mammals have been recorded, including gazelle, red deer, wild boar, marmots, grey wolves, lynx, Pallas cat, red fox, corsac fox and badger. The park is rich in birdlife such as golden eagle, lammergeier, bustard, whooper swan, black stork, Daurian partridge and owl etc. Hustai Mountain Range is popular with its wild horse "Takhi" conservation and the horse is internationally known as Prezewalki's horse which became extinct in the wild in 1960s and successfuly reintoduced from Netherland since 1992.

The Chingges Khan’s Statue Complex was built in a historical site, called Tsonjinboldog where Chinggis Khan found a horse whip. The statue is considered as the tallest equestrian statue in the world with a height of 132 foot/40m/ and pointed east towards his birthplace. Monument base complex with 36 columns representing the 36 kings is a large establishment devoted to provide tourists with their needs and services including an exhibition hall, souvenir shops, restaurant etc. Visitors can reach an observation deck which is on the horse head by taking an elevator or walk to enjoy an amazing panoramic view. 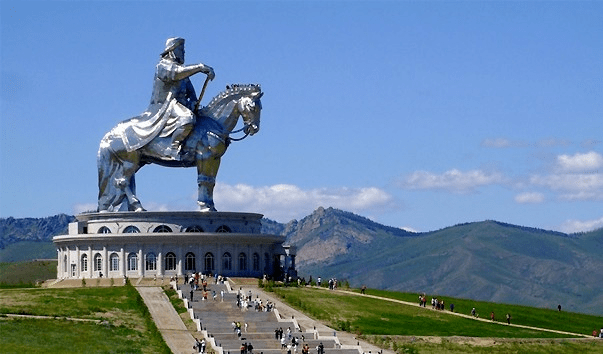 Situated on the opposite side of Bogd Khan Uul Mountain from the capital, Ulaanbaatar, Zuunmod can seem like a sleepy suburb. While the town of 15,000 may not be of much interest, the ruins of a destroyed Buddhist Temple is just outside the city along a hiking trail to UB. At the ruins which once housed 300 monks before it was destroyed and many were killed during religious purges in the 1930s, there is one rebuilt temple that serves as a museum. Zuunmod is about 40km on a well paved road from UB. Zuunmod is the capital of the central province of Töv. It is a very quiet town with a small museum, a temple, a park. But it is a typical small Mongolian town surrounded by the free steppe and plenty of hills to walk. 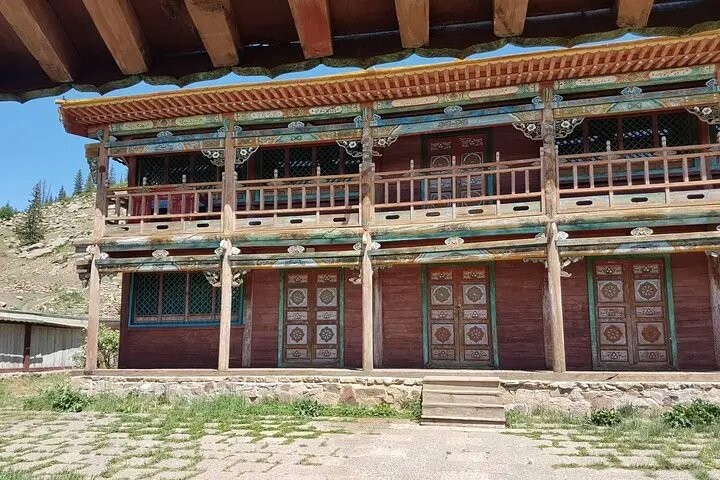 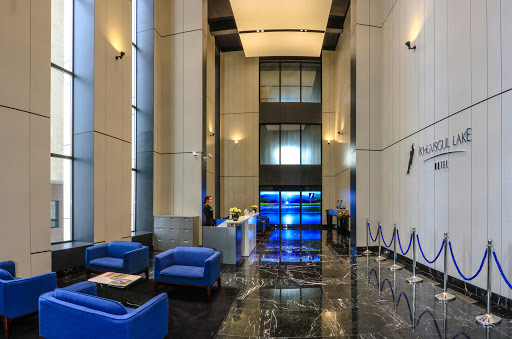 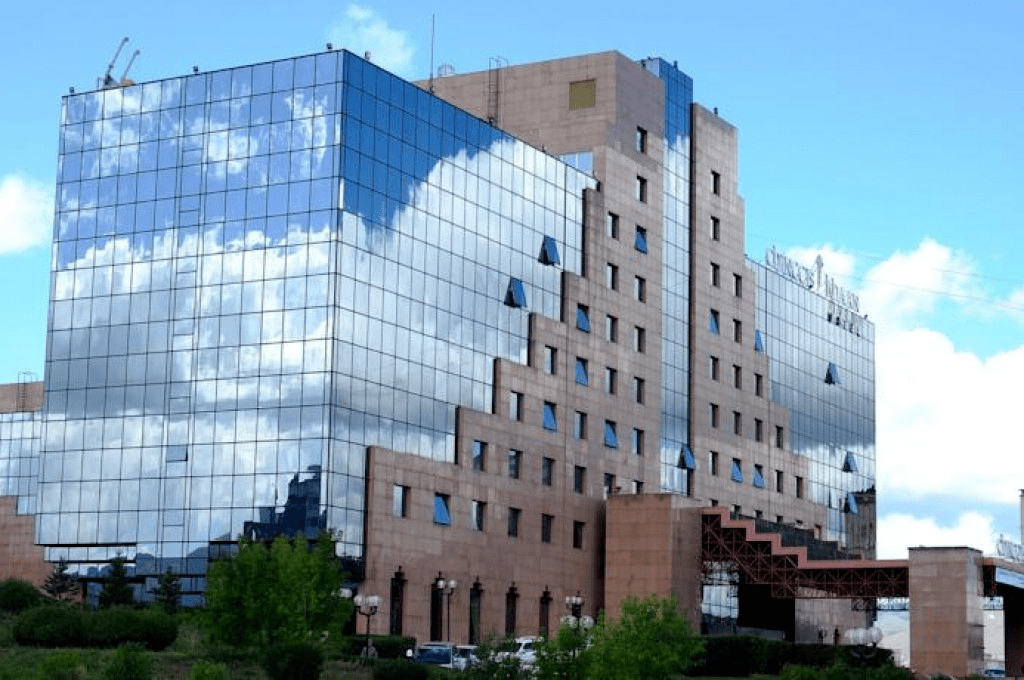 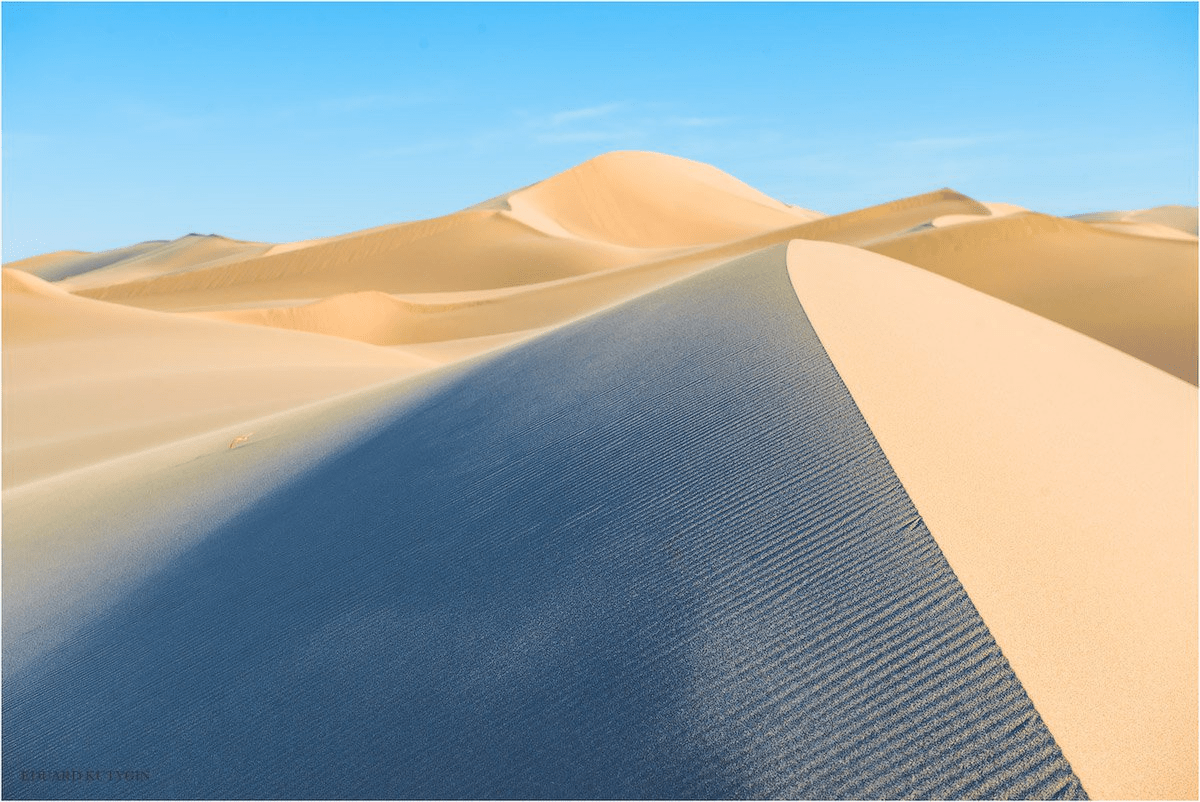 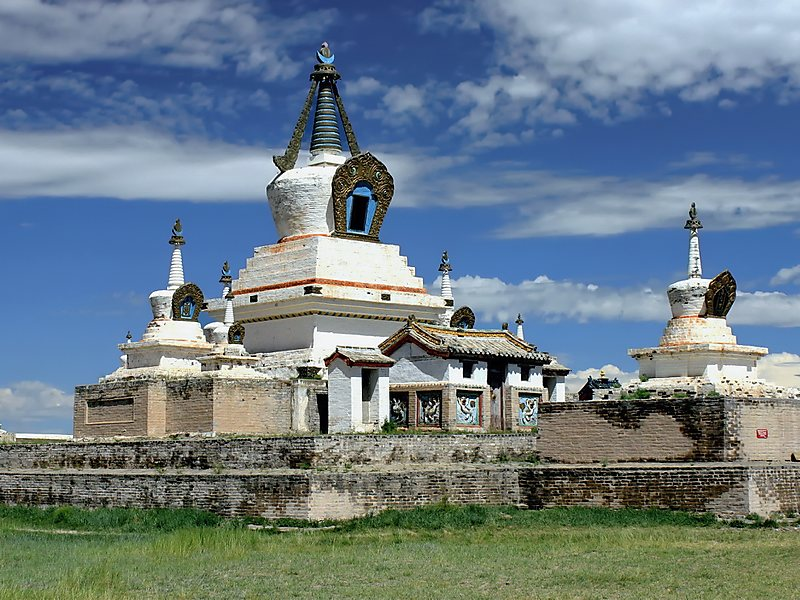 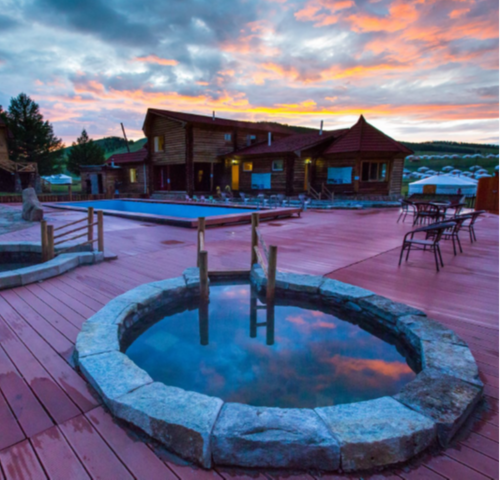 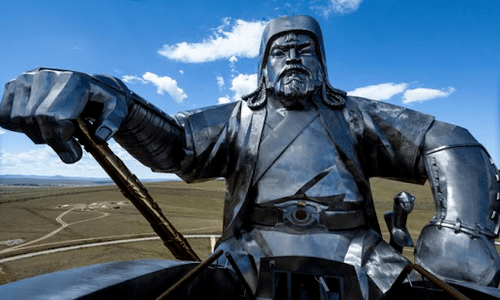 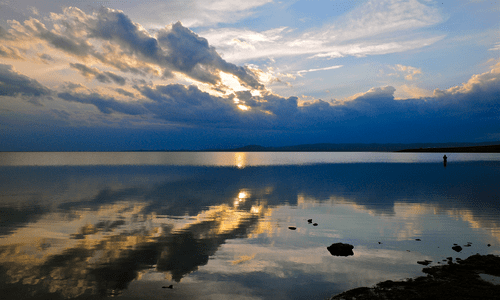 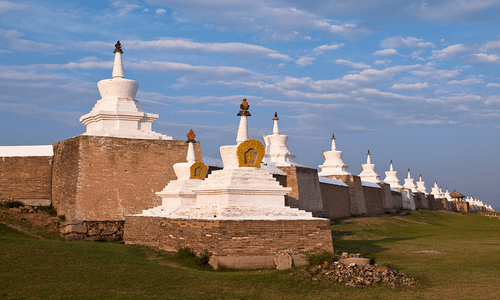